Do we really need the excuse of the holidays to eat more caviar? Seems like it. At Sterling Caviar, the largest U.S. producer, 65% of sales occur during the holiday season. On November 1st, the company is launching the Kilo Club, a limited membership-based group built around four shipments of 250 grams, four times a year, starting on Wednesday, November 20. Later parcels will hit for Christmas, Valentine’s Day and Mother’s Day (sorry dads). To become a member, you need to pay $1,710, and then pray the group has not closed yet. 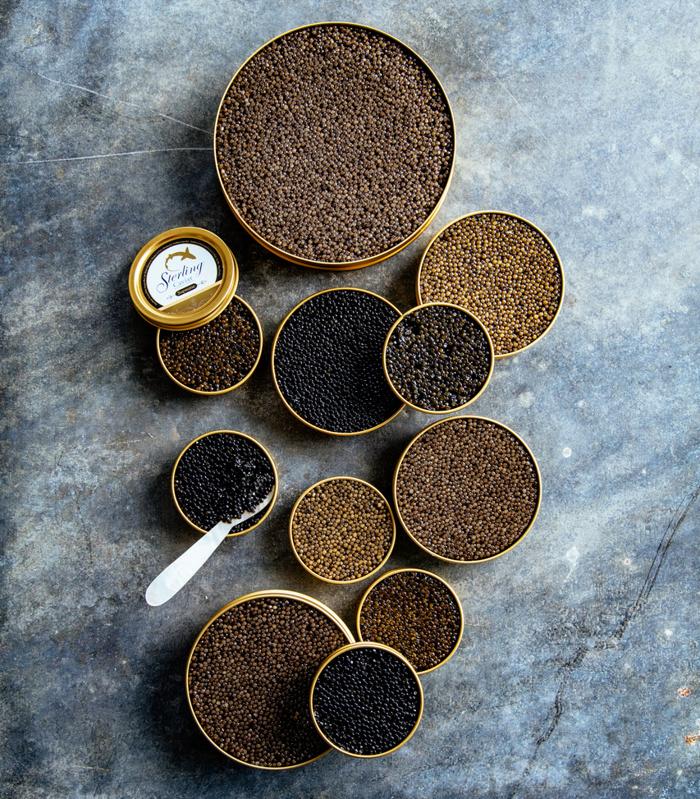 Sterling Caviar was founded by the late Jacob Stolt-Nielsen, a Norwegian entrepreneur whose family had been fishing for generations. A visionary, passionate about the environment, he foresaw the depletion of the ocean and threw himself into aquaculture. In 1973, he opened his first fish farm off the coast of Norway and in 1983 expanded his operations to Sacramento in Northern California. There, Mr. Stolt-Nielsen started farming White Sturgeon, a species native to the Sacramento River.